Brexit expert Jacqui Bickerton summarises all you need to know about the discussions in Parliament this week.

29 March 2019 Proposed third meaningful vote on the withdrawal deal in the House of Commons.

Withdrawal deal must be passed by UK Government to secure an extension to Article 50 until 22 May 2019.

12 April 2019 UK must give EU leaders details of the way forward or the UK leaves without a deal.

Yet another eventful week has passed without any resolution on the Brexit withdrawal deal. The Prime Minister, Theresa May has confirmed that she will resign before the second round of talks with the European Union if her withdrawal deal is passed by the House of Commons – the so called “back me and sack me” offer.

In an attempt to identify whether there was a majority in Parliament to move the Brexit deadlock, MPs seized the power of the House of Commons on Wednesday and then voted (the indicative votes) on eight different amendments to the withdrawal deal. These included: no-deal Brexit; common market 2.0; EEA/EFTA without customs union; customs union; Labour plan; public vote on the Brexit deal; contingent preferential arrangements and revocation of Article 50. All amendments were defeated, meaning there is no Parliamentary majority for an alternative Brexit withdrawal deal.

Meanwhile, the DUP have refused to support Theresa May’s withdrawal deal which has led to a further Brexit debate being scheduled in the House of Commons tomorrow (Friday 29 March 2019). The Government has not as yet confirmed how they intend to circumvent John Bercow’s refusal to have a further meaningful vote on the same deal.

The Recruitment and Employment Confederation (“REC”) have reported, following a survey of 600 employers, that UK business is scaling back on their investment plans. There are also reported cuts to businesses’ hiring new employees as a result of the diminishing lack of confidence in the Brexit process. Neil Carberry, Chief Executive of REC said “For months, businesses have told us that they were concerned about the general outlook for the economy. It is clear to us that this concern is now closer to home”.

North of the border, more than half of businesses in Scotland are reported to not have any contingency plans in place to deal with Brexit. According to research undertaken by Anderson Strathern, only 37% of those businesses responding to the research confirmed that they had completed their contingency planning. The concerns raised by Scottish businesses reflect those of the businesses based in England, namely, supply chain disruption and the ability to retain European Union employees.

Staying on the issue of businesses, Adam Marshall, Director General of the British Chamber of Commerce (“BCC”) yesterday addressed the annual BCC conference and told business leaders that Westminster have let British businesses down. In particular, Mr. Marshall said “To Westminster, we say: We are frustrated. We are angry. You have focused on soundbites, not substance. Tactics, not strategy. Politics, not prosperity. Listening without hearing. And, as a result, businesses and communities in every part of the UK are still unsure about when the future starts – let along what it holds. Three years going round in circles. Three years is long enough”.

Insurance premium financing is high on the Agenda for the British Insurers Brokers’ Association (“BIBA”) at the moment. Graham Trudgill, Executive Director of BIBA has reported that companies are increasingly worrying about cash flow as a result of the political uncertainty at Westminster over Brexit. Mr. Trudgill has particular concerns for small and medium-sized enterprises, stating “There’s lots of uncertainty over Brexit. This issue and insurance rates being at an all-time high mean it’s difficult for SMEs right now. Being able to spread the cost of insurance over instalments is certainly something that helps them out”. 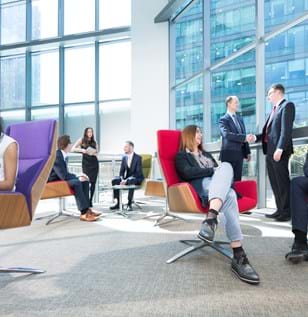