Brexit — the impact on the construction sector

Get 'Brexit ready' with the 15 October 2020 deadline drawing closer.

How can your business price for work when you do not know how much it will cost? As the EU/UK trade deal negotiations drag on, the construction sector is in the unenviable position of having to bid for projects with 2021 start dates without clarity on cost (e.g. labour (less access to migrant workers), goods and materials (customs duties and price inflation on imported goods) and project durations (goods delayed at ports)). This article explains, ‘where we are now’; construction sector impact; and practical tips on how to manage the post Brexit world.

Where we are now?

Should the EU and UK fail to agree a trade deal prior to the European Council meeting on 15 October (in the absence of a last minute extension for talks) then a ‘no-deal trade agreement Brexit’ will commence immediately after the end of the transition period on 1 January 2021.  Until then, the UK remains in a transition period with the EU, meaning its trading relationship stays the same as before. The parties are stuck on access to British waters for European fishing fleets and state aid. The trade negotiations will continue throughout October in parallel with the threat of international law infringement proceedings from the EU Commission against the UK due to the UK’s Internal Markets Bill (“the Bill”) which seeks to unpick, in part, the EU Withdrawal Agreement. The UK says that the Bill is a safety net should trade negotiations fail (particularly regarding the Northern Ireland Protocol negotiated as part of the Withdrawal Agreement).

The UK’s decision to leave the EU presented unique challenges for Northern Ireland as it is the only part of the UK that will share a land border with the EU (specifically, the Republic of Ireland). Under the Northern Ireland protocol, after the transition period (31 December 2020) there can be no hard borders on the island of Ireland. This is because land border checks on goods moving from Northern Ireland into the Republic of Ireland would disrupt economic activity and threaten the Good Friday Agreement which removed visible signs of the border between the two Irish nations. The Northern Ireland Protocol seeks to circumnavigate the risks by imposing instead a border in the Irish Sea whereby Northern Ireland will continue to administer the rules on ‘single market on goods’ (i.e. EU customs rules and EU regulatory product standards). However, the Irish sea border threatens to de-rail Boris Johnson’s promise to Northern Ireland that, after the transition period, Northern Ireland would still have free trade access to the other three UK nations. The Bill seeks to make good that promise. The clock is ticking and the pressure is mounting. The US Congress has inferred that there will be no UK/US trade deal if the Good Friday Agreement is hindered by the Bill.

Impact on the construction sector

The upshot of all of this uncertainty is that without knowing whether we will have a trade deal or not, construction businesses are left in the dark over four issues: (i) movement of goods (import tariffs); (ii) movement of people (access to migrant workers); (iii) product standards/regulations (potential EU/UK divergence) and; (iv) flow of data. We look at the first three in more detail below.

The UK imports billions of pounds more construction materials than it exports. It would help if the government could start a business information campaign now on the new customs regime and alternative sourcing opportunities in the rest of the world in the event of a ‘no trade deal’ Brexit.

In the event of a trade deal not being reached between the UK and EU, the UK will operate under World Trade Organisation (“WTO”) rules. The impact of a WTO tariff regime on your imported goods may not be especially disruptive in its own right — seek specialist advice, but, you may find published tariff levies are at rates that are manageable and predictable in terms of project cost forecasting.

However, far greater potential for disruption to the construction sector lies in significant delays at ports if goods shipments have to be stopped and checked, particularly if businesses are not ready with all paperwork in place when the new rules come into play on 1 January 2021. Indeed, unless they get ready now, the government has already warned that freight hauliers could face long delays and queues of 7,000 trucks at borders. Construction sector businesses waiting on materials could face disruption and project delays for months. A rise in construction disputes for time and money seems inevitable.

Skilled and unskilled migrant workers account for approximately 14% of the UK construction sector workforce. This will inevitably change post-Brexit, therefore, the sector needs to prepare for the new immigration rules, accessing alternative labour supply and reciprocal arrangements on skills and qualifications in new trade deals.

Businesses that currently recruit European staff, and intend to continue to do so beyond 1 January 2021, should now be thinking about what the end of free movement means for their future recruitment needs. UK employers will be required to hold a sponsor licence to allow them to recruit EEA nationals, as well as non-EEA nationals. Businesses falling within this category should consider applying for a Tier 2 sponsor licence now for future use, as the demand and processing times for sponsor licences is likely to increase closer to Brexit coming into effect.

While some construction trades have been included in the government’s tier 2 skilled work category, such as bricklayers, carpenters and electricians, other roles will not be admitted, such as labourers, dry liners, asbestos removers and some plant operators, despite a clear need for them. There is a call for the government’s proposed temporary worker route for low-skilled migrant labour to be extended to two years to prevent damage to the sector caused by a significant shortage of labour.

3. Standards and Regulations of products and materials

As things stand, we do not know whether the UK will have its own standards for products and materials or whether it will continue to align itself with EU regulations. Unless we have mutual recognition of EU and UK standards and regulation post Brexit, UK prices will increase and delays will occur if UK businesses are having to test products and materials against both UK and EU regimes. Any divergence and lack of mutual recognition will impede the UK’s ability to operate competitively in the international market, thus impacting the future of the construction sector (among many others).

The construction sector was left off the roster of the Trade Advisory Groups (“TAGs”) launched in August to offer guidance to the government during its final Brexit negotiations. More helpfully, the Construction Leadership Council (“CLC”) has set up a Brexit working group to issue Brexit-readiness guidance, as well as identify critical issues facing the sector in the event of a ‘no trade deal’ Brexit. This guidance is designed to cover e.g. procurement and contracts and should help the construction sector maintain business continuity at the end of the Brexit transition period. So far, the CLC working group has published guidance relating to data protection and GDPR considerations, which can be downloaded from the CLC website. The construction sector should be given a voice on the TAGs (potentially through the CLC working group), but, there appears to be no sign of that yet.

Practical tips on how to manage the post-Brexit world

Getting ‘Brexit ready’ is easier said than done when there is still so much uncertainty around precisely how the post-Brexit world will look and how it will impact on your construction sector business. Some tips and issues to bear in mind: 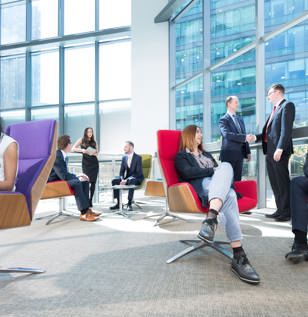 Learn more about how our construction law solicitors or immigration solicitors can support you.

The future of construction