Partnerships and Limited Liability Partnerships (LLPs); partnership exits during and after COVID-19

Andrew Cromby looks at just how easy it may or may not be to dispense with unwanted partners.

One thing is sure, the effects of the COVID-19 pandemic are going to be with us for some time. Partnerships which ran effectively and profitably right up until March 2020 have found it necessary to reorganise. The question is, when and if things return to “normal” after the pandemic, will partnerships be putting the jigsaw back together the way it was? Or will some pieces have been lost forever?

Partner performance in the spotlight

As businesses take a downturn those running partnerships (including LLPs) will be taking a hard look at themselves and asking who amongst the partners is unlikely to cut the mustard as the business moves forward. Some partners may never recover from the impact of COVID-19 on their clients. Others ceased to perform adequately long before the pandemic – but the need to pare back expenses during a time of crisis has thrown their poor performance into the spotlight. The consequence is that partnerships will be considering whether they have partners who must be asked to leave.

The default position – LLPs and the LLP Regulations 2001 (“the Regulations”)

Most modern partnerships are run as LLPs – corporate vehicles which only look and feel like ‘old fashioned’ partnerships. Absent an agreement between the members (a term used interchangeably with ‘partners’ in LLP parlance) the Regulations set out a default regime which must be excluded, to the extent that the parties do not wish to be bound by its terms. The default provisions include, amongst other things, the following:

So, unless you have an agreement between the members which expressly permits it, you cannot expel or compulsorily retire a partner/member from an LLP.

Sections 24 and 25 of the Partnership Act set out a very similar default regime in relation to ‘old fashioned’ unincorporated partnerships. Again, that default regime can be varied by the partners but it is worth noting:

These default positions are clearly unsatisfactory for those wishing to run commercial operations. They are typically modified by agreement and there are many ways that mechanisms can be adopted which permit partnerships to require partners to leave.

In an LLP, provided the procedure to compel a partner to leave is clear and operated in accordance with its terms, there is little to stand in the way of asking a partner to move on. Typically, in an LLP, there is no duty of good faith owed to partners, although they may owe one to the LLP, which is a separate corporate ‘person’. The LLP will, however, wish to avoid acting in a way which may expose it to workers’ rights claims, for instance claims discrimination, bullying and harassment, all of which can be made (and can’t be excluded) under partnership law.

That is also true for a Partnership Act partnership. The existence of a duty of good faith, owed to all partners by each other, means that extra caution needs to be exercised. Bringing a claim for breach of that duty is usually the first stop for badly treated partners.

If you are considering the compulsory retirement or expulsion of any partner:

Partnership exits in difficult times are unwanted and unpleasant. All of that is hugely exacerbated when partnerships go about things the wrong way. No partnership will benefit from further uncertainty and argument in the current (or future) financial climate. Before you get rid of a piece of the jigsaw that is your partnership, make sure you appreciate what the consequences will be and how the picture will look after you have done so.

Andrew Cromby is a partner at Weightmans and specialises in partnership law. If you have any questions, you can contact Andrew at andrew.cromby@weightmans.com or 020 7822 1962. 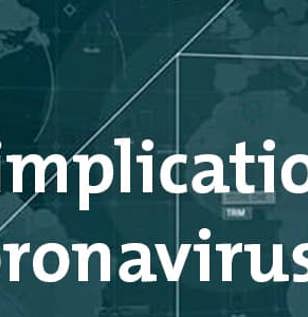 Friends and families in business - what happens when familiarity breeds contempt

Partnerships and Limited Liability Partnerships (LLPs); partnership exits during and after COVID-19