Making a will and conditional gifts

Where a testator's child predeceases them, a gift left within a Will passes to their descendants unless a contrary intention states otherwise.

A recent case has considered the application of section 33 of the Wills Act 1837 to a gift in a will which was subject to a condition. Under Section 33, where a Will contains a gift to a child (or remoter descendant) of the testator, but that child predeceases the testator, their descendant will take their share of the estate unless there is a contrary intention stated in the Will.

In the case of Naylor and Amat v Barlow and others [2019] EWHC 1565 (Ch), Mr Hine (‘the Deceased’) had four children, one of whom (Philip) predeceased him. Philip was succeeded by his two children, Mr Hine's grandchildren.

The court held that ignorance of a condition does not make it impossible or incapable of fulfilment. On the facts, the condition had not been satisfied and therefore Philip’s children would not receive the share of the farming partnership their father would otherwise have taken.

The case is a reminder to Executors and potential beneficiaries not to delay in taking action after a death. Failure to act quickly could result in conditions being inadvertently missed.

The case also highlights the importance of considering the potential implications of attaching conditions to gifts in Wills. Keeping Wills under regular review is equally important. Had the Deceased updated his Will following Philip’s death, he could have made his intentions for Philip’s “share” of the estate clear, meaning that the protracted (and, no doubt, costly) litigation in this case could have been avoided.

If you have any questions or would like to know more about our legal update, please contact Lorraine Wilson (Solicitor).

We offer a free consultation on any wills, tax, trust and probate matters, giving you the chance to collect your thoughts before instructing us. 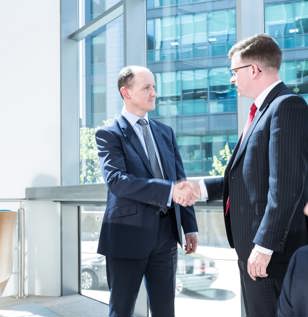 Estate planning under an LPA

Testamentary capacity to make a will: a cautionary tale for practitioners