When cost-saving redundancy is identified as a result of ill-health absence, is it disability discrimination?

It is not uncommon for an employer to identify that it can manage without a particular role, when the role-holder takes a lengthy period of absence.

It is not uncommon for an employer to identify that it can manage without a particular role, when the role-holder takes a lengthy period of absence. If the absence is disability-related, does it follow that a subsequent redundancy dismissal must be disability discrimination? In a reassuring Judgment for employers, the Employment Appeal Tribunal in the case of Charlesworth v Dransfields Engineering Services Ltd has said this will not always be the case. However the Judgment does still carry a warning for those faced with this situation.

Mr Charlesworth was the Rotherham branch manager. He had a period of absence from work due to cancer (albeit only a couple of months). Whilst he was off, the employer identified that it could save costs by removing the branch manager role and absorbing his responsibilities into those of others. We are told that it had been seeking to identify cost savings for some time. Shortly after Mr Charlesworth returned to work, he was made redundant following a consultation process.

Mr Charlesworth’s claim for disability-related discrimination and unfair dismissal was dismissed by the Tribunal. On appeal it was argued that because the absence led to the redundancy being identified, it must be disability-related discrimination for this employer to dismiss (because one effectively caused the other). The EAT has rejected this argument. It acknowledged that the Tribunal accepted that there was a link between Mr Charlesworth's absence through illness and the fact that he was dismissed, the link being that his absence afforded the employer an opportunity to observe the way in which the work was dealt with and “threw into sharp relief” their ability to manage without anybody fulfilling his role of branch manager. Nevertheless, the Tribunal was legally able to go on and say that he was not dismissed because of his absence. This is a case where on the facts found by this Tribunal it was able to draw a distinction between the context within which the events occurred and the matters that were causative of his dismissal. The correct test is whether the employee’s sick leave was one of the effective causes of his dismissal, and here the Tribunal was able to find that was not the case.

If your ability to do without a particular role is identified during ill health absence (even if the absence results from a disability), you can potentially fairly dismiss in a non-discriminatory way if a full and fair redundancy process is followed. The key question is why are you dismissing? This Tribunal concluded that this employee's absence was not an effective or operative cause of his dismissal, but was merely the occasion on which the employer was able to identify something it may very well have identified in other ways and in other circumstances, namely that the particular post was capable of being deleted with its responsibilities absorbed by others.

However there is a warning in the EAT's Judgment. It says that it has no doubt there will be many cases with similar facts where an absence is the effective cause of a decision to dismiss (which would then be disability-related discrimination and unlawful if not justified). The EAT distinguishes between cases where absence is merely part of the context for dismissal and those where it is an effective cause. It says every case will depend on its own particular facts.

This Tribunal was able to dismiss this claim and that is reassuring. However the distinction which the EAT draws is somewhat difficult to identify precisely in practice. That introduces considerable uncertainty when considering any comparable situation. Is it the length of absence for example which is important? What can you do to highlight that it is a business based decision and not just one effectively caused by the absence? The thought-process followed to reach your decision and the way that decision is explained may be key. Do talk to your usual Weightmans contact if you find yourself considering redundancy where ill health absence may be a catalyst to identifying that you can do without the absent employee’s role.

If this case raise any issues for your organisation please speak to your usual contact in the Weightmans employment, pensions and immigration team, or contact Phil Allen (Phil.Allen@Weightmans.com).

Employment issues in the workplace can be a legal minefield for even the most established organisations. If you want ready access to sound legal advice with certainty and peace of mind talk to us. 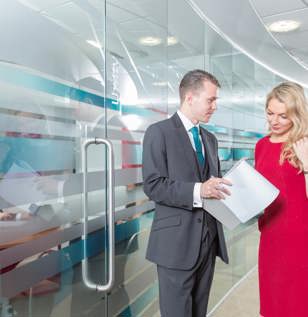