Weightmans has become a corporate sponsor of Liverpool Philharmonic for the 2022/23 season.

Weightmans, an award-winning national law firm, was established in Liverpool in 1827 and remains headquartered in the city. The firm is particularly interested in Liverpool Philharmonic’s Music and Mental Health programme, which is now in its 14th year. 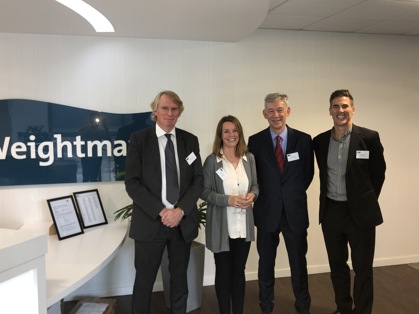 The concerts will take place in the fully accessible Music Room. The performance space and bar area will be made as comfortable as possible for the audience. For example, lights will be kept on during the performance and there will be a separate quiet space where audience members can go during the concert.

Michael Eakin, Chief Executive of Liverpool Philharmonic, said: “I am very pleased to welcome Weightmans as a sponsor for this season and thank them for supporting the Dementia-Friendly concert taking place in December.

“The support of the business community plays an integral role in our ability to deliver a diverse range of concerts throughout the season. We really appreciate the local and national businesses who have maintained their support for Liverpool Philharmonic.”

“We are so proud to support the Liverpool Philharmonic, which shares our long history in the city and passion for supporting people and organisations within the region.

“At Weightmans, we believe that investment in arts and culture is crucial, not just to benefit the local economy but to support and enhance the wellbeing of the community. Music can be an incredible tonic to those living with dementia and we are so pleased to support the Philharmonic’s dementia-friendly concert, which will hopefully bring joy to those who attend.”

An attendee at a Liverpool Philharmonic Dementia-Friendly concert in February 2022 said: “My dad has dementia and his world is slowly shrinking. He's gone from being an intellectual to not being able to read, watch TV or even hold a conversation. The one thing he still loves is watching the Proms and so this dementia friendly performance was one way to try to stem that shrinking world. It was done so well, so friendly and planned with such sensitivity. It was a thrilling and well thought through collection of music that my dad could tap his foot to and even sing along. It was just as positive for my mum. She "got out the house and went somewhere other than a hospital for a change!" as she put it. We do hope you can squeeze in a few more- My dad’s days grow darker and we need all the light we can get. Thank you to all who planned and played.”

Proving race discrimination: Our success in Court of Appeal