Hayley Kiely from the Weightmans Aviation team looks at the latest CAA action against Ryanair..

The UK Civil Aviation Authority has announced it is taking enforcement action against Ryanair for their failure to compensate passengers affected by pilot and cabin crew strikes earlier this year. The airline is robustly defending claims citing a defence of ‘extraordinary circumstances’ in accordance with Article 5(3) of European Community Regulation EC261/2004. The CAA wholeheartedly disagrees. It says strikes by staff are not ‘extraordinary’ and therefore airlines should compensate those affected. So now the battle begins with Ryanair going head to head with the Regulator, but why the disparity between the two? 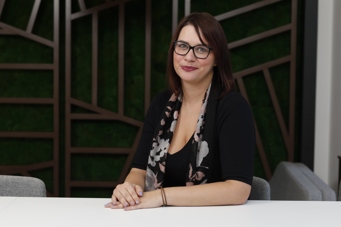 One of the fundamental issues both airlines and consumers face is the lack of clarity or consistency over what constitutes an extraordinary circumstance in the context of EC261/2004. When it comes to delays and cancellations caused by strikes, most airlines confidently defend claims especially when the strike action is carried out by a third party such as a ground handling agent or Air Traffic Control. Now, however, the Ryanair and CAA battle has highlighted an area of uncertainty – what about when an airline’s own staff strike?

In absence of any binding case law, this question has been open to interpretation and decided on a case by case basis in local Courts in the UK and other EU member states. The results have differed dependant on the jurisdiction – it is well known some member states are more pro-consumer than others. In the UK however airlines have generally been successful in defending strike action, so why has the UK Regulator taken such an opposing view?

The main reason will no doubt be as a result of the CJEU case of Krüsemann and Others v TUIfly GmbH (C- 195/17 and others). The case concerned a number of flight crew placing themselves on sick leave as a result of a surprise restructuring, known locally as a ‘wildcat’ strike. The CJEU held that this was not an extraordinary circumstance as it didn’t meet the legal test of i) by its nature or origin, was the strike action inherent in the normal exercise of the activity of the airline and ii) was it beyond the carrier’s actual control. The court considered that the wildcat strike was not beyond the control of the carrier as it stemmed from its own announcement regarding the restructuring and later was resolved by agreements made with staff.

The question left open from Krüsemann is whether a strike led by an industrial body would be considered the same as a wildcat strike.  The judgment tends to indicate it would be but also made clear that each strike would need to be looked at on a case by case basis. Has the CAA therefore considered the distinction between Krüsemann and the events leading to the Ryanair strikes or has a more blanket approach been adopted? Only time and outcome of the CAA enforcement action will tell.

Meanwhile, the Krüsemann judgment is yet another blow for airlines in a long line of CJEU judgments firmly adopting a very pro-consumer approach without, it would appear, considering the commercial reality of a sustainable airline operation and/or what was intended by those who drafted EC261/2004.

Hayley Kiely is a legal assistant in the Weightmans aviation team.