E-scooters – a further twist on the winding road

Kathryn Hinchey reviews and comments on the main points arising from the recent report by the Transport Committee on the regulation of e-scooters.

The popularity of e-scooters continues to grow and we are seeing an increasing number of e-scooters on the streets. However, despite this, the use of privately owned e-scooters is currently illegal in the UK with the exception of use on private land.

In March 2020, the Department for Transport began a consultation to consider whether micro-mobility vehicles, such as e-scooters, should be legally permitted on UK roads. In May 2020, with the coronavirus pandemic acting as a catalyst, planned e-scooter rental trials were brought forward in a number of UK cities. These trials are expected to last for 12 months and a decision on the legal status of e-scooters is expected in 2021.

The main points arising from the report are as follows:

It is notable that, when considering this issue, the committee appears not to have focused on the impact of the lack of insurance on the rider, in particular the potential financial implications should the rider cause an accident. Another factor which was not considered is the position in the event of an impecunious rider, where the lack of insurance may potentially deny a route to compensation for innocent victims.

A further and interesting argument in the insurance debate is whether a requirement for insurance may lead to safer riding. This is an important consideration given the recent safety concerns reported during some of the rental trials. Disappointingly, instead of focussing on the valuable benefits of insurance, the committee seems to regard it as a burden that may discourage take-up.

Comparisons with micro-mobility usage in other countries are often made and it is perhaps surprising that the UK is the last major European economy in which e-scooters are banned except for use on private land. Whilst experiences from other countries can be useful, with potential claims in mind, caution should be exercised given that the UK has higher levels of compensation and legal costs compared to many other European countries.

There are many facets to the debate as to whether e-scooters should be legalised in the UK and the ongoing rental trials in cities across the UK are key to gathering evidence to inform future policy decisions. It is clear that legalising e-scooters in the UK could have widespread and potentially far-reaching implications for many, including other road users, local authorities and insurers.

Let our experts in e-scooter claims handle the initial legal challenges that may arise. 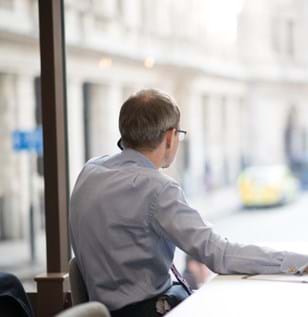 Vulnerable for a reason...