Entry on MID does not bind motor insurer

The scenario for this dispute will be very familiar to those involved in motor claims, specifically those with motor trade and other fleet policies.

In a recent decision on a preliminary issue in the Liverpool County Court, Recorder Simon Parrington decided that an insurer had no liability under the Road Traffic Act 1988 (‘the RTA’) where the vehicle had been sold by the policyholder prior to the accident despite remaining on the Motor Insurance Database (‘the MID’).

On 26 September 2018, a collision occurred between a Toyota motor car driven by the claimant, Alan Nagorski and a Vauxhall Zafira driven by the first defendant, Edvard Nikolics. A check on the MID suggested that the second defendant, Tradewise Insurance, covered the Vauxhall at the time of the accident under a policy in the name of a Mr Tibor Kiss T/A Tibor Autos.

It was not clear when the Vauxhall came into Mr Kiss’ possession. However, there was evidence, seemingly from the DVLA that, on 6 August 2018, the vehicle was transferred by Mr Kiss to Mr Nikolics. The judge found as a fact that the transfer had taken place on or about 6 August. Despite the transfer to Mr Nikolics in August, the Vauxhall remained on the MID under the Tradewise policy at the date of the accident some weeks later.

Tradewise did not insure Mr Nikolics. The motor trade policy issued by Tradewise covered a Mr Tibor Kiss T/A Tibor Autos. The policy provided cover for ‘Any motor vehicle … the property of the insured or in their custody or control for motor trade purposes’. It further provided that Mr Tibor Kiss and a Ms Plajner Judit were authorised to drive. The policy commenced on 25 June 2018 and was stated to expire one year later.

The policy documentation included a ‘Statement of Facts’ document which contained comments about the requirement for vehicles to be added to the MID.  Further, it included a warning about failing to remove a vehicle from the Tradewise policy saying that it:

‘stays on the MID in your name’ and ‘that means that you may still be liable on your insurance for claims involving a vehicle long after you sold it!’

Having considered the skeleton arguments, the judge helpfully set out the two key issues to be decided as:

i) whether the registration of the vehicle on the MID fixed Tradewise with liability to meet a judgment (in every case), and

(a) Whilst the insurance of the vehicle appeared as registered on the MID as at the date of the accident, Tradewise remained liable. In delegating authority to add and remove vehicles to and from the MID, the insurer was taking a risk in relation to its liability continuing if a vehicle was left on that database.

(b) Where a policy was issued in respect of a specific vehicle (or category of vehicles), an insurer (here Tradewise) remained liable for any judgment obtained in respect of the use of that vehicle by any person (whether that person was covered by the policy or not). The sale or disposal of the vehicle by the person insured did not end the insurer’s obligations unless the policy had been cancelled.

On argument (a), Tradewise countered that the MID entry did not bind an insurer. The MID was a helpful tool to enable the detection of uninsured vehicles, but was not watertight and was not intended to bind an insurer come what may. It could not override the terms of the policy or the application of Section 151 of the RTA.

On argument (b), Tradewise’s principal contention was that the policy applied to “Any motor vehicle … the property of the insured or in their custody or control for motor trade purpose” and that this description was no longer satisfied when the vehicle was transferred to Mr Nikolics. Tradewise relied upon the terms of Section 151 of the RTA which sets out the conditions required to be met in order to give rise to a liability on an insurer. One of those conditions is that the liability must be one that is ‘covered by the terms of the policy’ (151(2)(a)) or ‘would be so covered if the policy insured all persons’ (151(2)(b)). From the moment of transfer to Mr Nikolics, the policy could no longer apply whoever had been insured by it. At the date of the accident, the vehicle neither belonged to Mr Kiss nor was it in his custody or control. The Court of Appeal decision in Bristol Alliance v Williams [2013] QB 806 was cited as authority for the proposition that Section 151 was not a ‘catch all’ and that the terms of the policy had to be considered.

The county court (Recorder Parrington) accepted Tradewise’s arguments. The MID did not bind an insurer in the manner contended for by the claimant. The court was not persuaded that the policy documentation with its ‘warning’ to the policyholder had any bearing on the matter. There was no authority to show that the MID entry should bind the insurer.

As to Section 151, it was clear that, after the transfer of the vehicle, the vehicle did not meet the description of the category of vehicles in respect of which the insurance applied. The precondition in Section 151(2)(b) could not be satisfied.

The scenario in which this dispute arose will be very familiar to those involved in motor claims, particularly those involving motor trade and other fleet policies.  Often claimants simply search the MID and then pursue the insurer whose details are returned. Insurers need to take care to look beyond the MID entry to ensure that there is a liability under the RTA. Failure to carry out this analysis will lead to avoidable leakage.

Motor insurers, who often (particularly with the type of policy involved here, i.e. a motor trade or fleet policy) delegate the updating of the MID to the policyholder will be relieved by this decision. As the judge observed, the MID has been an incredibly useful and effective tool in the fight against uninsured driving, but its use does not amend the legal obligation of insurers to satisfy judgments. That obligation remains within the boundaries of the RTA.

The case is also of relevance to the new OIC Portal which relies on the MID to allocate cases to insurers automatically. Again, insurers need to be on their guard to ensure they do not simply accept cases just because their details have been detected by the system. Liaison with another potential insurer (or the MIB if there is no evidence of another insurer) is essential if paying unnecessary claims is to be avoided.

Prompt and accurate removal of entries on the MID does, nevertheless, remain of potential importance where an insurer seeks to cancel a policy mid-term. To avoid an ongoing liability as the Article 75 insurer under MIB’s Articles of Association, there must be an entry made on the MID prior to the date of the accident to show that cancellation had occurred.

The decision in Nagorski does not, however, clearly support the proposition that a sale from A to B automatically brings any liability of A’s insurer to an end from that date onwards whilst the original term of the policy still runs. The reason why, in Nagorski, the Tradewise liability ceased on the transfer to Mr Nikolics was because the use of the vehicle (the Vauxhall) thereafter no longer met the description of vehicles insured. If, for example, the Tradewise policy had specifically covered the Vauxhall alone, then whether the vehicle met the description of the vehicle post-transfer would not have changed. In that scenario, the argument for Tradewise having no ongoing liability would have to have asserted that the fact of the transfer itself ended all liability. Here, the oft-cited case of Tattersall v Drysdale [1935] 2 KB 174 (and later related case law) would have been important to show that the sale of (and cessation of possession of) a vehicle would have brought any insurable interest in the vehicle to an end and it would be asserted that, thereby, any insurer liability under the RTA would likewise cease.

We are on hand to support you with the challenges arising from the introduction of the whiplash reforms. 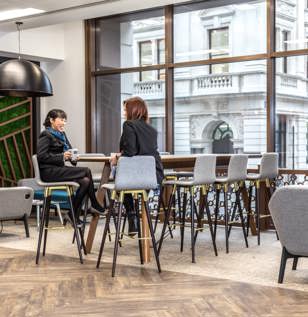 Weightmans has market leading expertise in indemnity issues, insurer disputes and disputes with MIB. Contact us to find out how we can help you reduce your indemnity spend and avoid unnecessary leakage.

Paul has extensive experience in motor non-indemnity issues, with particular expertise in the Road Traffic Act, Article 75 and the MIB agreements.

Our motor insurance solicitors provide a genuinely full service, from first notification of loss; to settlement of claims; to recovering your outlay.

Entry on MID does not bind motor insurer