On Friday 7 September 2018 we saw the publication of the Notice of Amendments to the Civil Liability Bill. This sets out the proposed amendments to…

Aside from some minor technical amendments, there are two areas of proposed amendment to the Bill that will attract the eye of those tracking its progress. The first is the promised clause to monitor the impact of the Bill on the insurance industry and on UK premium prices, that the Secretary of State for Justice and Lord Chancellor, David Gauk, made reference to when addressing the House of Commons last Monday evening. If the amendment is adopted, the Treasury will be able to empower the FCA to compel insurers writing third party personal injury cover after April 2020 to provide information aimed at assessing the impact of the Bill.

The specific information in question is indemnity spend (i.e. how much insurers pay out in relation to claims, inclusive of legal costs), premium income and premium prices. In each case, the proposed requirement is that insurers provide information for a period of three years after implementation of the reforms provided for in the Bill, covering both the actual figures and what they consider the figures would have been but for the impact of the reforms.

That proposed amendment will come as no surprise to insurers. The focus on indemnity spend, premium income and premium prices is also predictable and understandable. What the insurance industry will draw comfort from is the requirement that they provide information about what they consider the trends would have been but for the introduction of the reforms. That requirement is crucial, insofar as it will allow insurers the opportunity to put forward comparison figures that are suitably sophisticated and take account of factors such as premium reductions ahead of the implementation of the reforms, derived from predictive pricing, as well as other factors influencing premiums, such as IPT, repair costs etc.

The danger for insurers is that a less sophisticated approach, simply tracking post-implementation premium levels and presuming claims spend to be the sole factor influencing premium prices, would lead to a skewed and inaccurate assessment of the impact of the reforms. No doubt that approach will still be taken by those opposed to the reforms but the manner in which this proposed amendment is worded will give the insurance industry a head start in countering that.

The second set of substantive amendments comes from a cohort of five Labour MPs headed by the Shadow Secretary of State for Justice & Shadow Lord Chancellor, Richard Burgon. Those amendments attack the Government’s reforms on two fronts. First, they seek to remove the whiplash tariff from the Bill, instead maintaining the status quo, whereby damages are calculated by the court, via reference to the Judicial College Guidelines. Second, they attempt to tie the Lord Chancellor’s hands when it comes to raising the Small Claims Track limit (SCT), pegging him to a revised limit of £1,500 in the first instance and preventing future increments of more than £500 in the future.

Their proposed amendments would further peg the SCT limit to inflation and the Consumer Price Index (CPI). They would then require the Lord Chancellor to make a written statement that he is satisfied that variation of the SCT limit is warranted on each occasion that the SCT limit is revisited, which would leave him exposed to an increased risk of judicial review.

Those proposals amount to a full frontal assault on the two main thrusts of the Government’s reforms programme and will no doubt be vehemently opposed. They stand as testament to the fundamental differences in approach of those supporting and opposing the Bill and serve as a signpost as to how the debate at the Third Reading of the Bill is likely to play out later this year.

In the meantime, the rapid progression of the Bill to the Committee stage is gratifying and keeps the Bill on track for being finalised by the end of this year.

We will continue to liaise with Government over further developments and as the Civil Liability Bill continues its progress through Parliament, and more detail emerges, we will provide updates with a view to assisting compensators in their preparation for these reforms.

In the meantime, should you wish to discuss this in more detail, or would like assistance with any other matter, please do not hesitate to get in touch. 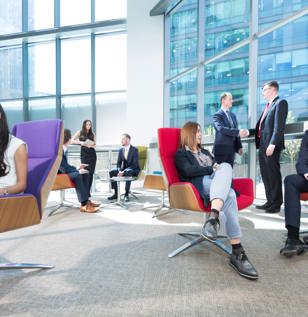 The Civil Liability Act is here