Intestacy is the term that is used when a person dies without leaving a valid Will. The deceased's estate is therefore distributed in accordance with specific rules (called the rules of intestacy) which may be at odds with how the deceased would have wanted their estate distributing.

What were the previous rules of Intestacy?

If you are married/in a civil partnership with no children

If a spouse died without leaving a valid Will and there were no children in the relationship, the first £450,000 from the deceased's estate, plus half of the remaining estate, went to the surviving spouse. The other half was split between the deceased's blood relatives including any surviving parents or brothers and sisters.

If you are married/in a civil partnership with children

If a spouse died without leaving a valid Will and there are children then the surviving spouse inherited the first £250,000 from the deceased's estate plus a 'life interest' in half of the remaining estate. The other half of the estate was split between the children who would inherit at the age of 18.

A 'life interest' meant that the surviving spouse was entitled to receive income from that half of the remaining estate during their lifetime, but would have no right to the capital itself. On the survivor's later death the remaining capital would pass to the children.

The new rules have introduced a number of new rights and regulations affecting (amongst others) spouses/civil partners, unmarried fathers and adopted children.

Two of the key changes are as follows:

From now on the surviving spouse will receive everything. The wider family members do not receiving anything.

From now on the life interest concept is abolished. The surviving spouse will receive the first £250,000 (as before) but the balance of the estate will now be divided as to 50% to the surviving spouse and 50% to children in equal shares.

It used to be the case that where a child whose parents were not married at the time of the child's birth dies intestate, the child's estate is distributed on the basis that the child's father and his family predeceased the child.

Going forward this rule is abolished if the child's father's name appears on the birth certificate of the child.

The new Act will also make it easier for 'dependants' of the deceased to claim financial support from a deceased partner or parent if they would not be entitled to receive anything under the intestacy rules.

Under the old rules a child under 18 who was adopted following the death of a natural parent risked losing their inheritance. The new rules close this anomaly to ensure the child would not lose out in these circumstances.

So do I still need a Will?

Yes! The intestacy rules, even with these changes, are very inflexible and in many cases will mean the deceased's estate is still not distributed as they would have wished. In addition, the changes do not significantly improve the position for married couples/civil partners and provide no protection for couples who are not married/in a civil partnership. 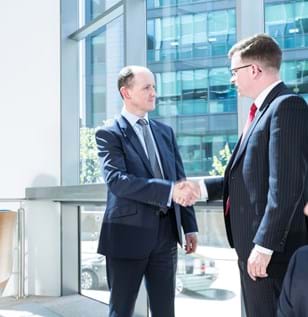 Legally Appointed Deputies for those with limited capacity: “I Care A Lot”