Self-defence and the defence of another are both available as defences to a charge of obstructing police officers in the execution of their duty contrary to section 89(2) of the Police Act 1996.

The claimant was driving and his mother, Dr Oraki, was a passenger, when the claimant was stopped by two officers. They correctly believed he was driving without insurance. The claimant and Dr Oraki got out of their car and the officers informed them that they were detaining the vehicle pursuant to section 165A of the Road Traffic Act 1988. The Crown Court ruled that this step was lawful.

Dr Oraki then got into the driver’s seat and put the keys in the ignition. One officer put his hand on her arm to prevent her from starting the engine and driving off. The Crown Court also found this to be reasonable and proportionate.

The officer’s action caused Dr Oraki to scream loudly. Alarmed at what was happening to his mother, the claimant responded by coming over to pull the officer away. He said he was concerned for her safety, which the Crown Court found was not unreasonable considering her screams.

The Divisional Court found no reasons for not allowing the defence; a general defence in criminal law and not specific to any particular offence.

Kenlin v Gardiner was not authority for excluding the defence because it did not deal with the offence of police obstruction. The court noted persuasive academic authorities, including Professor Diane Birch’s view in the Criminal Law Review that ‘there is no reason why a person should be deprived of the defence of self-defence if he genuinely believes in the existence of facts which, if true, would make the use of force by him lawful.’ The court observed that the defence applied to the state of mind of a defendant, whether or not mistaken and perhaps unreasonable.

In the present case, the claimant believed that his mother was being assaulted by police officers and intervened to prevent this. If this had been true, his use of force would have been lawful. As the Crown Court had already held that acquittal would be appropriate if the defence was available, the Divisional Court allowed the appeal without further remission to the Crown Court.

The judgment is welcomed for its clarity, confirming the defence is available against the charge of police obstruction under S89(2). The test to be applied is subjective – a defendant’s honest belief in the facts – rather than an objective one requiring assessment of true facts.

If you have any questions or would like to know more about our legal update, please get in touch with your usual Weightmans contact or the author of this update, Jade Clarke (solicitor) at jade.clarke@weightmans.com. 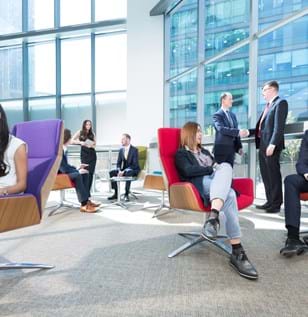