In January 2018, the Chancellor asked the OTS to carry out a review of the UK’s Inheritance Tax (‘IHT’) regime, covering a broad range of…

What is the report about?

In January 2018, the Chancellor asked the OTS to carry out a review of the UK’s Inheritance Tax (‘IHT’) regime, covering a broad range of administrative and technical aspects.

The First Report focusses on the administrative aspects of IHT, from the form filling process, the timescales for paying IHT liabilities and the guidance available from HM Revenue & Customs.

As the First Report makes clear on a number of occasions, less than 5% of estates each year are liable to IHT, and the total tax take represents less than 1% of the total tax raised by the Exchequer. This is possibly an indication that reviewing the IHT regime is fairly low down the Government’s list of priorities at present.

What recommendations does the report make?

In essence, the First Report recommends moving to a ‘fully integrated digital system’, simplify the numerous IHT forms, improve online guidance and increase the time limit for IHT payments from 6 months to 12 months.

Whilst the 8 recommendations made in the First Report would, if eventually implemented, represent a welcome improvement to a complicated tax system, having read through the entire First Report it is clear that any major change is unlikely to happen for a long time.

What else does the report tell us?

Hidden amongst the information contained in the First Report are some very useful graphs that are used to illustrate some of the findings the OTS made.

The following graph shows that survey respondents spent on average 50 hours administering an estate when they had not instructed an adviser, which gives a good indication of the sheer volume of work to be carried out when administering even a relatively straightforward estate. 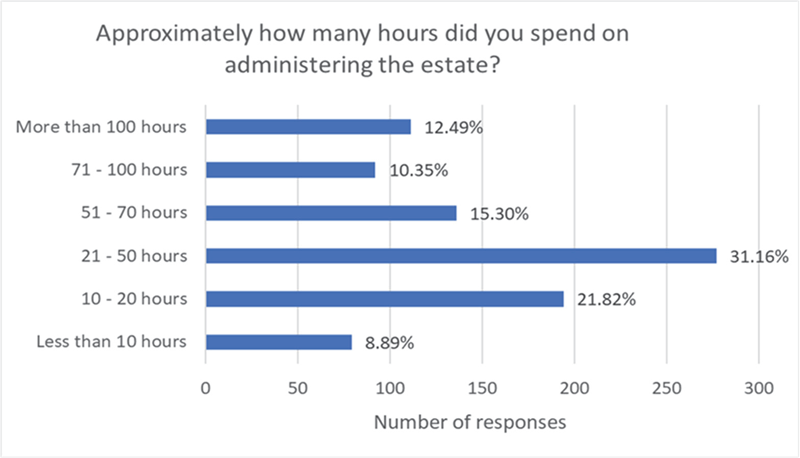 The next graph shows the ‘Average Effective Tax Rate’ as a % of the Net Estate Value. In simple terms, this is how much IHT is actually paid as a percentage of the value of an estate. 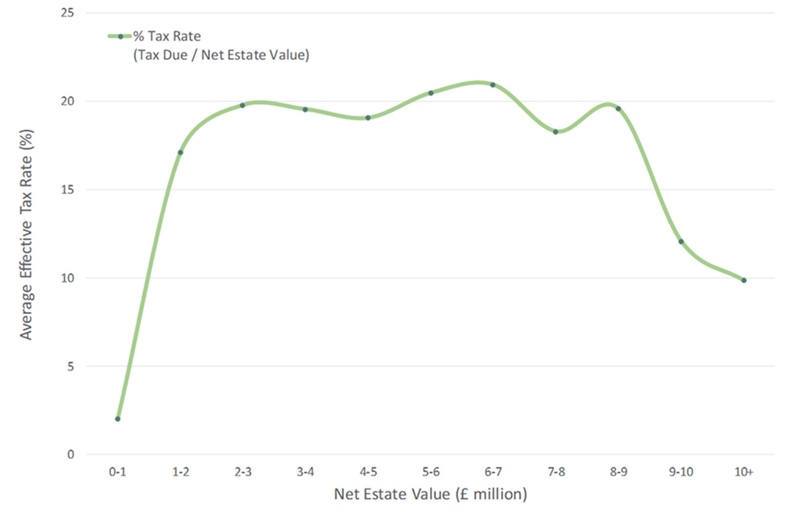 The availability of the reliefs and exemptions means that the amount of IHT paid is nearly always less than 40%.

The interesting point to note from the graph is that the Average Effective Tax Rate is almost never more than 20%, and starts to reduce for estates worth more than £6,000,000 to closer to 10%.

The OTS points out that ‘The reason higher value estates have a lower average effective tax rate is that a greater proportion of their assets are likely to be covered by a relief…On average, over 70% of the value of an estate worth more than £10 million is relieved in this way’. The OTS does not make any recommendations on this point, but it is likely to be food for thought for the Exchequer.

It is clear to us that the IHT regime, whilst incredibly complicated, is here to stay in broadly its current form for some time to come.

Whilst the Government will hopefully implement many of the recommended changes to make it more straightforward for individuals to deal with estates and trusts without necessarily needing to instruct an adviser, there are so many potential traps and pitfalls to consider we would always recommend consulting an expert in the first instance to help ensure you do not become unstuck.

We offer a free consultation on any wills, tax, trust and probate matters, giving you the chance to collect your thoughts before instructing us.