Should income be shared on divorce?

The Court of Appeal's recent decision in Waggott v Waggott (2018) EWCA Civ 727 has generated substantial media coverage as it reconsiders the principles of spousal maintenance and clean break orders. In addition it provides clarification on the notion of sharing post divorce earnings.

Mr Waggott (husband) 53 and Mrs Waggott (wife) 47, had been cohabiting since 1991 and were married in 2000. They have one daughter who was born in 2004. Both the husband and wife worked as accountants when they first met. However the wife stopped working in 2001, due to a move to London from Manchester, for the husband's work.

The parties separated in 2012, with the final hearing taking place in 2014. The order was not finalised until September 2016.

The parties had agreed at the final hearing that their capital resources, including pensions, should be shared equally. The wife was allocated a slightly greater share of capital, as she was given a 15% share of the husband's bonuses for 2 years.

As such, the wife's share of the capital resources totalled £9.76 million and the husband's £7.8 million. The wife was also awarded £175,000 per annum in spousal maintenance for joint lives. The husband was a very high earner, with a multi million pound net income.

Sharing versus need or compensation

The wife appealed the decision, submitting that the husband's earning capacity was a product of the marriage and therefore a matrimonial asset to which the 'sharing principle' should be applied.

In addition, she argued that it was unfair that she was required to use part of her lump sum award to meet her income needs, when the husband would have his continuing earnings to rely on to meet his needs.

The husband cross-appealed stating that the maintenance order should be varied as it provided no financial incentive for the wife to return to work and that his earning capacity should not be subject to the sharing principle. It was argued on behalf of the husband that the wife was a qualified accountant and was not realising her full earning potential due to the maintenance payments.

Lord Justice Moylan agreeing with the husband dismissed the wife's appeal stating that future earning capacity is not a matrimonial asset open to sharing but is assessed with reference to 'needs'. He said that allowing her appeal would undermine the fundamental principles of a clean break order.

The Judge additionally reduced the duration of the husband's obligation to pay the maintenance order from joint lives to 5 years stating that the wife would be able to 'adjust without undue hardship' by investing a portion of her lump sum award to meet her income needs prior to her retirement.

There was also the option for the wife to return to work within a few years.

The wife's argued for a 35% share of the husband's bonuses for five years after the divorce.

She did not succeed in retaining a greater share of the husband's bonuses.

There have been mixed reactions to this decision with some agreeing that the wife should not get a 'meal ticket for life' but rather realise her full earning potential and return to work or use part of her capital settlement to meet her income.

Others may consider that the wife has in fact lost out on building up her own substantial earning capacity by prioritising the husband's work throughout the marriage, which she will now not benefit from.

We will wait to see whether the wife appeals to the Supreme Court.

Meera Shinh is a Solicitor in our Family Law team
Meera.shinh@weightmans.com

We offer a 30 minute free consultation on any family law matters. 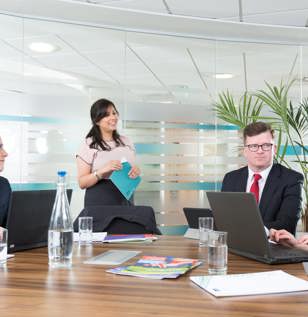