The Supreme Court (by a majority of three to two) with Lady Hale giving the majority judgment has dismissed the Trust’s appeal thereby allowing the recovery of damages for the costs of a commercial surrogacy arrangement. The Supreme Court rejected the previous Court of Appeal authority of Briody v St Helens and Knowsley Area Health Authority [2002] (in which Lady Hale had also given the main judgment) and has ruled that awards of damages for foreign commercial surrogacy are no longer contrary to public policy.

The Trust had admitted liability for a delay in detecting cancer of the cervix. But for the delay, the claimant’s fertility would have been preserved as she would have avoided the need for chemo-radiotherapy treatment. The evidence indicated that the claimant and her partner had a strong ambition to start their own family.

The High Court trial judge at first instance only awarded reasonable expenses for a surrogacy arrangement. The claimant appealed. The Court of Appeal allowed the appeal and distinguished Briody on the basis that in that case, the prospects of a successful outcome were extremely low. The expert evidence in Briody suggested that because of the claimant’s age there was only a 1% chance (or lower) of being able to collect viable eggs from her or produce a child with them. In the instant case, the prospects were however much better. The Court of Appeal overturned the first instance ruling and allowed the recovery of the costs of a commercial surrogacy arrangement. The Trust sought to appeal the decision to the Supreme Court.

As above, the Supreme Court has dismissed the Trust’s appeal by majority. It was noted that the appeal raised three key issues:

In summary, Lady Hale’s majority judgment notes that the previous Court of Appeal decision in Briody is not binding on the Supreme Court and that its persuasiveness has been affected by subsequent developments in the law coupled with changing social attitudes to surrogacy. The overriding principle in tort is to seek to put the injured party back into the position she would have been in had she not been injured. The principle has limitations, namely, that any recovery of damages should not be contrary to legal or public policy or be unreasonable. Importantly, it was noted that nothing that the claimant proposes to do in terms of her surrogacy involves her committing a criminal offence in the UK or abroad.

On the first issue, it was noted that Briody did not exclude an award for own-egg surrogacy arrangements made in the UK and that recovery of damages would depend on the prospects of a successful outcome; in this case, those prospects were noted to be good. On the second issue, the view expressed in Briody that damages for donor egg surrogacy arrangements were not recoverable because damages could not restore the claimant’s lost fertility was wrong. The award of damages was the closest that the court could get to putting the claimant back into the position that she would have been in had she not been injured.

On the third issue, it was noted that since Briody the courts have striven to recognise the relationships created by surrogacy. Government policy now supports it and assisted reproduction has become widespread and socially acceptable. As above, the court has concluded that awards of damages for foreign commercial surrogacy are therefore no longer contrary to public policy. The court has emphasised some important limiting factors, namely, that the arrangement must still have a reasonable prospect of success and the costs of the arrangement should be reasonable.

Lords Carnwath and Reed dissented on the third issue only, citing a broader principle of legal coherence and preserving consistency between civil and criminal law. In their view, awarding damages in the civil courts for conduct, which, if undertaken in the UK would be a criminal offence, goes against that principle.

In conclusion, we anticipate that Trusts are now likely to see more claims for similar commercial surrogacy arrangements in the future where, through negligence, fertility has been lost or impaired. These claims will however remain subject to the limiting factors identified above. 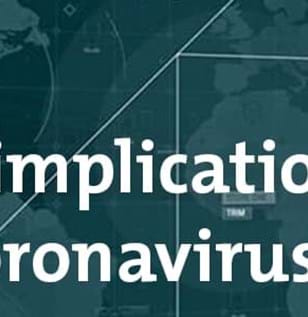