"He is particularly well versed in injuries arising as a result of road traffic accidents, and is well known for his substantial experience in handling cases involving the Motor Insurers' Bureau. He continues to serve as head of the firm's large loss and technical claims team, offering strong experience in both domestic and cross-border matters."

David Holt has 'enormous tenacity and will do everything in his power to protect the interests of his client'.

David Holt has a 'brilliant strategic mind for litigation'.

"David Holt focuses his practice on catastrophic and serious claims, particularly head and spinal injury cases. Sources have "enormous respect for him" because "he's a top-quality operator" who has "seen it all.""

He specialises in catastrophic injury claims and in MIB claims, cross border claims and non-indemnity insurance work advising insurers on policy wording and on liabilities to third parties under both the Road Traffic Act 1988 and Art 75. He has dealt with the full range of catastrophic injury claims including claims of the utmost severity, spinal injuries (paraplegics/tetraplegics), amputations and serious head injuries.

David has lectured widely on technical issues and on large loss issues. He was lead lawyer for MIB in relation to the latest Uninsured and Untraced Drivers Agreements. He represented in the Supreme Court case of Moreno (2016) and on the judicial review action brought by RoadPeace challenging various aspects of the Agreements and the 1988 Act as being contrary to European law. He has been involved in many leading cases including the cases of Wigley Foster, McCall v Poulton, Nemeti v Sabre, Winrow v Hemphill, Jacobs v MIB, Howe v MIB and Marshall/Pickard v MIB and others.

David has advised MIB on a full range of strategic issues. David also represented MIB in the Supreme Court case of Moreno v MIB (2016) which determined that damages were payable in accordance with the law of the country of the accident. 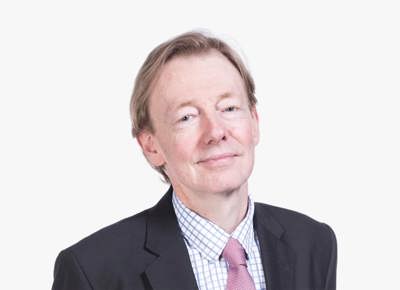