Steve is an experienced infrastructure specialist. His practice covers a range of sectors, with particular focus on PPP/PFI projects and rail. Steve joined Weightmans in 2018 after 17 years with DLA Piper.

Steve is expert in the complex contracting and financing arrangements required for large scale infrastructure developments. He has substantial experience of guiding authorities and bidders through the often lengthy regulated procurement process necessary for such schemes, and has an excellent track record of delivery. He also advises on issues arising from operational schemes, such as dispute avoidance and resolution, major variations and early terminations, and has acted on refinancings of operational projects, including advising the Department for Transport on a £1.4bn refinancing of a high profile rolling stock PPP project, and the Project Company on a £400m refinancing of a hospital PFI in the north of England.

He has worked on projects involving hospitals, schools, social housing, renewables, energy from waste facilities, highways and street lighting, and emergency services facilities, advising procuring authorities, bidding consortia and funders. Amongst other things, over a period of a decade he advised Leeds City Council on its PFI programme, supporting the Council in successfully delivering seven such schemes. In the rail sector he has advised on rolling stock procurements, franchise competitions and complex regulatory issues, for clients such as the Department for Transport, Alstom, Keolis, Nexus and Merseytravel. 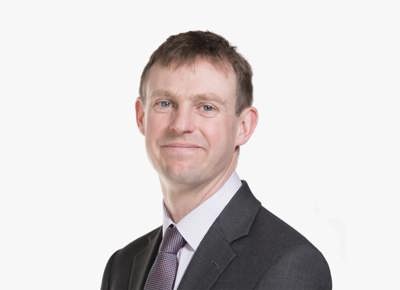