"Stuart has an excellent blend of knowledge and experience through his life as a practising professional indemnity lawyer and, in more recent years, as Head of IS & Operations. He understands technology and how law Firms can use it to the best of their advantage, not just within the context of his own Firm, but with a breadth of knowledge of the industry based on his participation in LITIG (the Legal IT Innovators Group) and his immersion in his current role. Added to that, he's approachable and a pleasure to deal with."

"I have had the opportunity of working with Stuart in a number of roles within my career. Each time I have worked with Stuart I was impressed at his understanding of the overall project, his approachability and knowledge of both technical and legal issues. Stuart is a down to earth, hardworking, knowledgeable and all round decent individual who is a pleasure to work with."

Stuart has an innate understanding of what it takes to make a law firm successful, a firm grasp on how process & technology can assist lawyers and a strong focus on profitability. These skills, combined his personable, professional and pragmatic approach, make him a indispensable asset and a superb mentor.

Stuart is a true legal innovator, recently described as 'a living Action Man of legal innovation' by industry peers.

Having qualified as a lawyer in 1995, he specialised in professional indemnity from then until he became the head of Weightmans' IT department ten years later. Stuart's interest in technology and innovation manifested itself early on in his career when, as part of the last seat of his training contract, he was assigned to work with the then IT Partner. During that time, he built a database to help deal with claims relating to a major piece of litigation and also created Weightmans' first intranet.

In 2002, he was promoted to Partner. From 2003 onwards, Stuart became involved in Weightmans' IT, designing, developing and rolling out case management systems across the firm. In 2005, he took on responsibility for Weightmans' IT department and in 2010 was promoted to IS and Operations Director and became a member of Weightmans' Board.

Stuart regularly presents at events with special areas of interest being around business process redesign - helping lawyers to work smartly in an uncertain market where prices are being squeezed and the quality of the service that is delivered to the client needs to be continually improved.

He has a Masters in Information Technology, is a qualified coach, a Chartered IT Professional and a certified Lean Six Sigma Master Black Belt.

Stuart is a Director of the Legal IT Innovators Group, a not for profit organisation run by and for its members. Stuart also chairs the UK MatterSphere User Group and is currently a member of Thomson Reuters Elite's Client Advisory Board. In 2013 Stuart was named one of Legal Business's CIO Powerlist. He was nominated for the Lawyer's Business Leader of the Year in 2015 and 2016 saw Legal Week rank him as one of its top 20 Innovators. 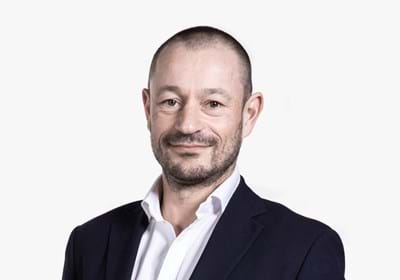